Cribbage rules have remained largely unchanged since the game first originated in the 17th century, but there are many variations on the standard rules of cribbage and many different forms and variants of the game. Captain’s Cribbage is perhaps the best known, and most widely played.

Cribbage scoring can count against you instead of for you, as in Lowball cribbage.

The number of cards in a cribbage hand can vary from five, in five-Card cribbage, to seven, in seven-card cribbage.

Unlike most good two-player games, the rules of cribbage also work well with three players. The deal is five cards to each player and one to the crib. Each player discards one. You can remember this with the phrase “Five and one, throw one” (five cards each and one to the crib, discard one). Otherwise play is as usual; you can use a special three-track cribbage board, or two can use a normal cribbage board and one player can tally his score on a piece of paper.

Though the normal three-handed game is fun to play, the superior variant for three players is Captain’s Cribbage.

4 handed cribbage is much the same as the standard game except that the deal is five cards to each player, who discards one to the crib. You can remember this with the phrase “Five, throw one”. Each partners the player opposite and game is 121 points the partnership.

Yet another thought-provoking twist to the play as one must now try to set up scores for ones partner, but without knowing what cards he holds. As with three-player cribbage, the ‘Go’ may pass around until it reaches the last person to play, and he scores it.

Five-handed cribbage is rarely played, but it is possible: reader Lance suggests “5-player: Requires two boards and everybody plays cutthroat (individually). 5 cards to each player who discards one to the crib, except the dealer who only gets 4 cards and plays with what is dealt.”

Another suggestion comes from Jim, who played a five-handed game where everyone was dealt 4, and the dealer dealt his own crib.

You’ll need a big table for this one, but if you want to play six-handed cribbage, you could use a three-player board with three pairs of partners (or two regular boards). Lance suggests: “5 cards to each player who discards one to the crib, except for the dealer and his partner who only gets 4 cards and plays with what is dealt.”

Five-card cribbage is played according to the usual cribbage rules, with the following differences:

The five-card game is initially not as attractive as six-card cribbage, because the hands tend to score less. However the larger crib, short game and the single count to 31 add interesting wrinkles to the play. Five-card cribbage is a good starting point for beginners as the game is fast and the counting is usually easier.

In this sub variant the deal is five cards to each player and two to the crib. Each player discards one card. Otherwise the play is as for the standard game.

7 card cribbage rules are just like the standard rules, with a few simple exceptions.

The deal is seven cards to each player and one to the crib. Each player discards two. You can remember this with the phrase “Seven and one, throw two”. Game is 151 points.

In speedo cribbage, after pone has made his discard, the dealer may pick up those two cards, add them to his hand, and then discard the four cards of his choice to his own crib. In other words, pone passes the dealer two cards, who then discards any four from a hand of eight.

However, this only holds true as long as the dealer has not passed the skunk line. After this, he may not look at the crib at all and the game proceeds as normal.

Joseph Kane sells a special Cribbage board, with conventional tracks on one side and a special figure-8 design on the other for playing a game of his own invention called ‘Crash Cribbage’. Both players’ pegs share a single track, and if your peg collides with one of your opponent’s it modifies his score. See Joseph’s site for further details: www.crashcribbage.com

Sometimes no one is around and you need to play a game of solitaire cribbage!

What variations on cribbage do you play? What have you seen? Leave us a comment below! 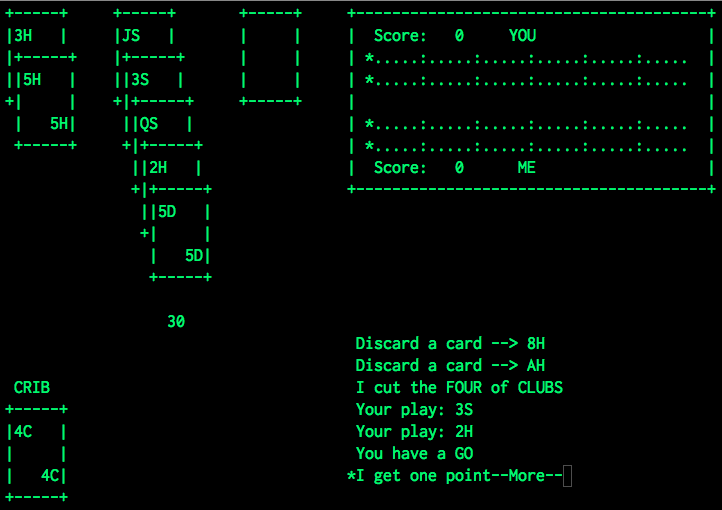 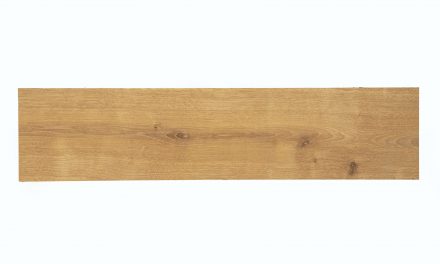