Etiquette is important in card games, in cribbage etiquette is valued more than most. It is regarded as a gentleman’s game (naturally, for card-playing purposes, ladies can be gentlemen too). Like most worthwhile things in life, it is surrounded by complicated and often incomprehensible ritual. However, in an important sense the ritual is the game and so you dispense with it at your peril.

Determine whether or not Muggins will be played. If you want to play Muggins but your opponent does not, be gracious and honor his wishes. After all, he is doing you a favor by giving up his time to play cards with you. You should also give your opponent his choice of game – five-card cribbage, six-card cribbage, short game, long game, best of three, best of five, and so forth. The wily pegger never passes up a chance to hone his skills and broaden his experience by playing something different from his usual game.

Some players allow a four-card flush in the crib; though this is not standard, it is a not unreasonable variation and makes for slightly higher scores. However you should determine in advance whether this will be allowed.

Various additions to the standard rules of cribbage are sometimes played, especially in tournaments: for example, that one cannot peg out on a go, or other restrictions on scoring. Unless such rules are specifically mentioned you should assume that you are playing standard cribbage. Once the game has started it is too late to change the rules.

Most official rules of cribbage stipulate a mandatory cut by pone before the deal. It is indeed common practice to make this cut; however, because it is specifically designed to prevent the dealer cheating, some feel it an unnecessary slur on their character. In games like poker, of course, often played with strangers and for high stakes, such measures are essential. Cribbage is a legacy of a more gentlemanly age (notwithstanding the rumors about Sir John Suckling). A gentleman does not imply that another gentleman might not be a gentleman.

Similarly, the rules allow for pone to take the deck and shuffle it himself before the deal. While perfectly legal, this would be an unusual thing to do and implies that the dealer is suspect.

Our own preference is to skip the cut, if only because it saves a little time. However, if pone requests the cut, of course you must grant it.

Dealer: Seven. And one for last. [pegs]

You should not peg for your opponent unless you have agreed that one of you will peg for both. Conversely, remember to peg your own points!

Lay your cards face up in front of you so that everyone can see and check your scoring. Announce the combinations in a set order – usually: fifteens, pairs, runs, flushes and nobs. As you announce each combination point out the cards involved. For example:

“Fifteen-two, fifteen-four; a pair is six; and nobs is seven.”

Familiar fifteen/pair combinations such as Q-Q-5-5 (12 points) should nonetheless be announced individually: “fifteen-two, fifteen-four, fifteen-six, fifteen-eight, and two pairs is 12”. Simply announcing ‘I have 12’ saves only a few seconds, and tells nothing about how the combinations are formed – possibly confusing your fellow players. You may miss points yourself if you try to count by recognizing whole sets of combinations at once. At the worst say ‘Fifteen-eight and two pairs is 12’. No-one will rebuke you for counting carefully and methodically, as long as you do not waste time. Similarly, combinations such as a double run of 3 (8 points) should be announced as ‘two runs of three is six, and a pair is eight’.

Cribbage should be played allegro, ma non troppo. In other words, don’t dawdle, but don’t rush it either. Presumably you are playing the game for the enjoyment of it, in which case it should be treated as something to be savored rather than rushed through at maximum speed.

This is not to say that one should play slowly. Save as much time as you can on things which don’t require any thought – riffling, shuffling, dealing and cutting should all be done quickly and without fuss. The temptation is always to talk while one is shuffling, to analyze the previous hand, and so on. Avoid this. Shuffle smoothly and silently, then deal. Talk about the game after the game.

The time you save here can profitably be re-invested in thinking about your discards and plays. Take as much time as you need, but no longer than that. Pretending to ponder over ones discard, perhaps hoping to imply that you have an excellent hand, is not only against etiquette but boots nothing – unless your opponent is so intimidated that he resigns on the spot!

Strive to avoid the temptation, if you are losing badly, to slow right down, distract your opponent with chatter, and generally delay the inevitable. Apart from being bad sportsmanship, it delays the moment when you can start a new, and perhaps more successful game. On a strategic note, it is never worth giving up on a game. If you are losing, you should be fighting hard for every point, and striving to avoid a skunk. If you have no chance of avoiding the skunk, strive to avoid the double skunk! There is always work to be done. At the worst, you can use the freedom of this situation to try out new ideas and experimental plays which you would not risk in a game-leading position.

If you won, don’t crow about it. If you lost, don’t gripe about it. Either way, thank your opponent for the game. Compliment her on her play if you thought it was good; keep quiet if it wasn’t. Insincere compliments are worth no more in cribbage than any other field.

Refrain from long post-mortems. Do not point out your opponent’s mistakes or faults unless she specifically asks you for a critique.

How to Cheat at Cribbage

Cheating at cribbage, in a friendly card game is pointless, and dangerous in any other kind, so we don’t recommend it. But it is possible to cheat in cribbage, and it would be wise to know how to spot if someone is trying to cheat you.

One way to cheat at cribbage is to miscount your hand, particularly when counting quickly, and to announce scores that you haven’t in fact made. Always check-count your opponent’s hand, and don’t let them rush you if it is a tricky score to calculate. It is quite possible to make innocent mistakes when counting, but if your opponent repeatedly over-counts her hand, beware.

It is illegal in cribbage to renege; that is, to fail to play a card when the rules say you can. It happens often that your opponent lays down his last card leaving you with several small cards in hand. You must play them all if you can. If your opponent says ‘Go’, and following the restart of the count lays down a card that he could have played before the Go, this is a renege and against the rules of cribbage. Usually reneging is simply a mistake, but if this happens more than once in a game your opponent may be trying to cheat you. (The penalty in tournament play for reneging is detailed on the renege page.)

In games where anything other than fun is at stake, penalty points usually apply to offenses such as glancing at the bottom card, looking into the crib, or moving your opponent’s pegs. See our cribbage penalties page for full details of the penalty points that apply in formal play.

What did we Miss??

Do you have any additional suggestions for proper Cribbage Etiquette? How do you play? Let us know below! 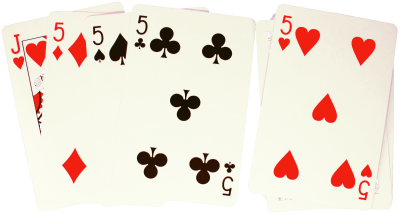